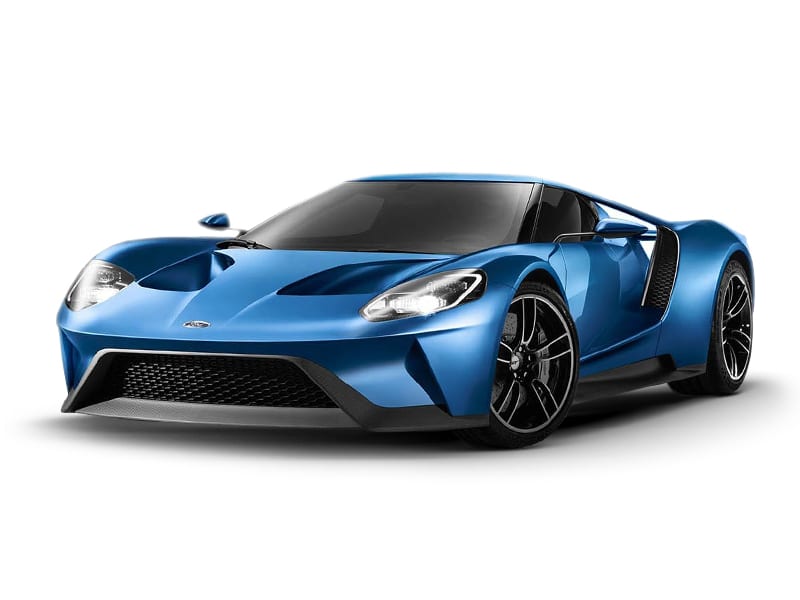 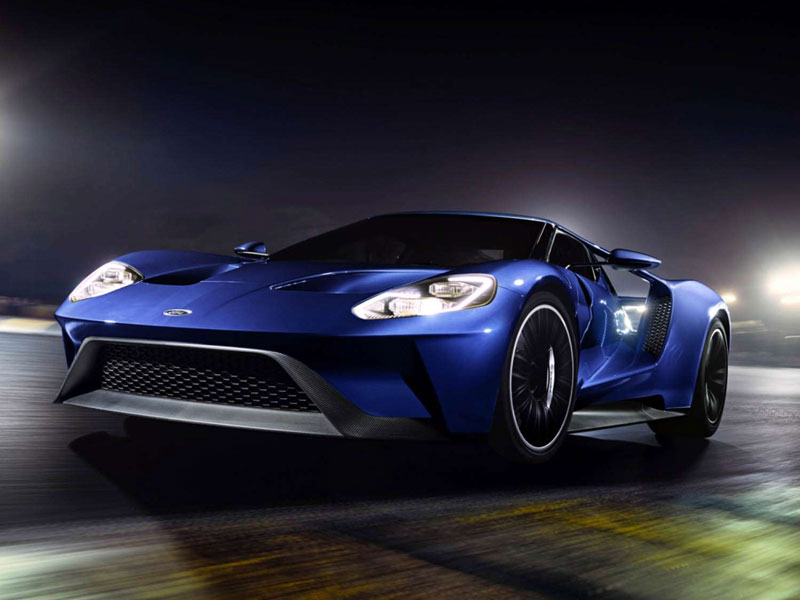 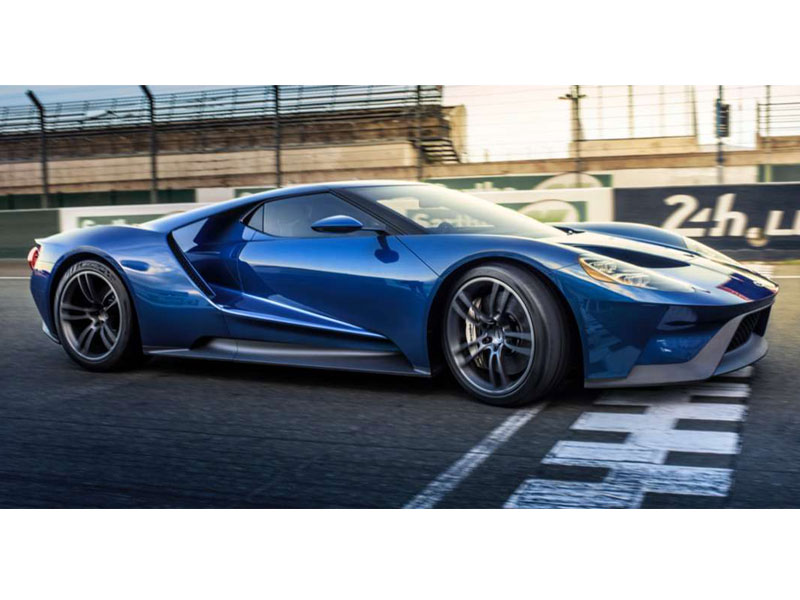 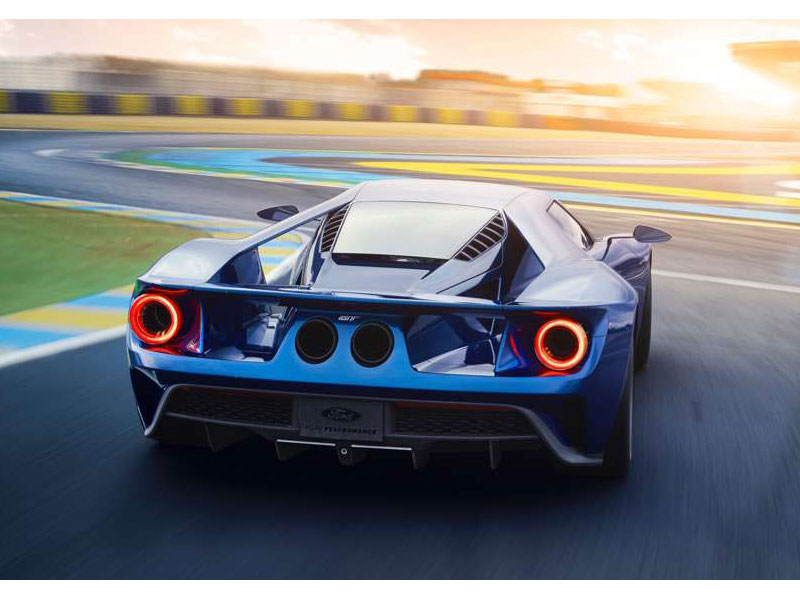 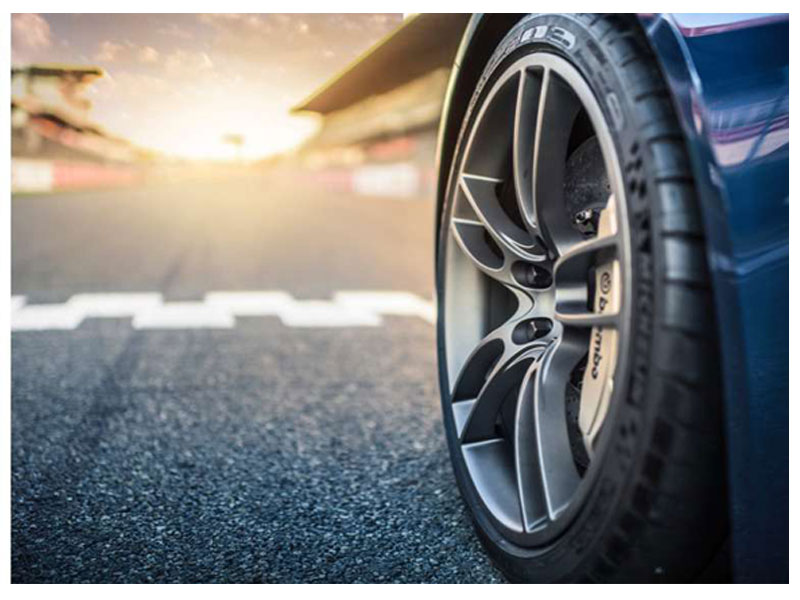 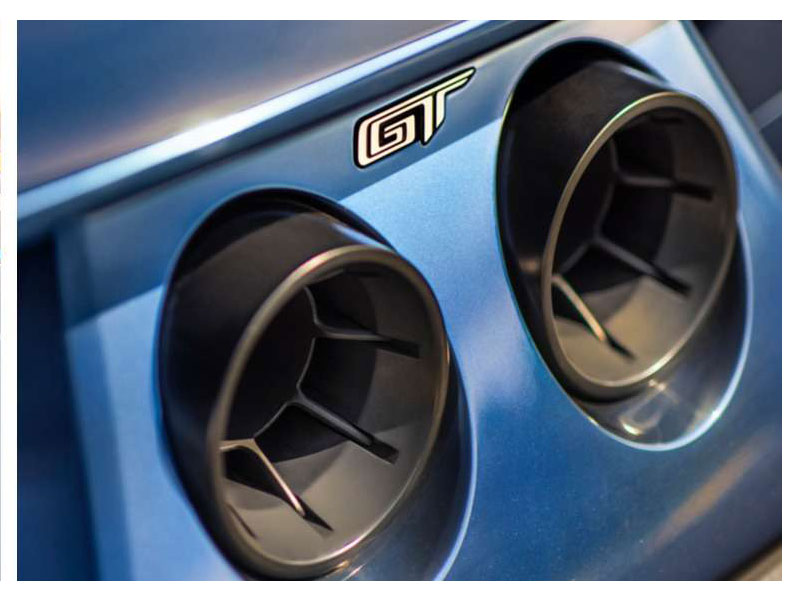 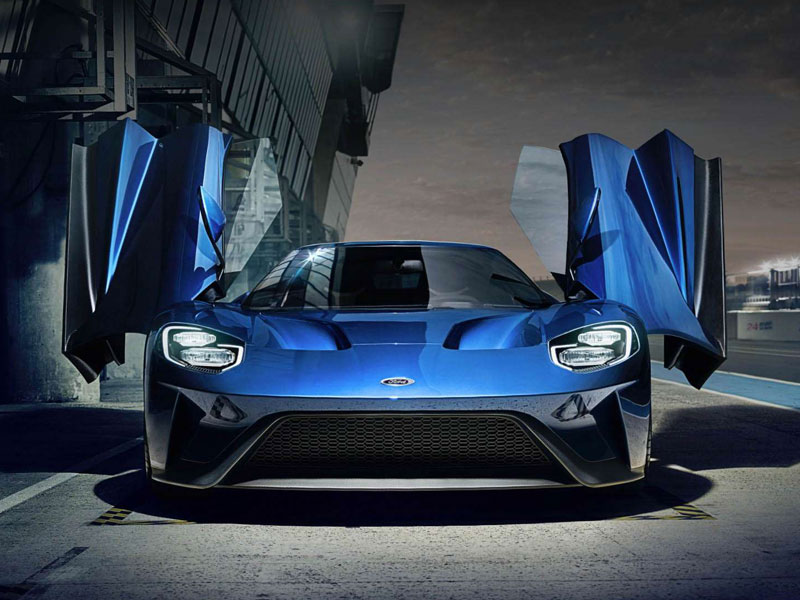 The Ford GT began as a concept car designed in anticipation of the automaker’s centennial year and as part of its drive to showcase and revive its “heritage” names such as Mustang and Thunderbird. At the 1995 Detroit Auto Show, the Ford GT90 concept was shown. At the 2002 auto show, Ford unveiled a new GT40 Concept car. Camilo Pardo, the head of Ford’s “Living Legends” studio, is credited as the chief designer of the GT and worked under the guidance of J Mays. Carroll Shelby was brought in by Ford to help develop the Ford GT; which included performance testing of the prototype car. While the project was still secret, it was called Petunia.

At the 2015 North American International Auto Show and at the unveiling of Forza Motorsport 6, a new Ford GT was introduced and is set to be produced and released in 2016. It will mark 50 years since the GT40 won the 1966 24 Hours of Le Mans and has run successfully in the 2016 24 Hours of Le Mans to mark the anniversary, winning the GTE class.

The car is to be powered by a newly designed 3.5 liter twin-turbocharged EcoBoost V6 engine making 647 hp (482 kW; 656 PS) and 550 lb·ft (746 N·m) of torque. According to Ford, “the GT will exhibit one of the best power-to-weight ratios of any production car,” thanks to its lightweight carbon fiber construction. Underpinning the GT is a carbon fiber monocoque bolted to aluminum front and rear subframes covered in carbon fiber body panels. The car also has racing inspired pushrod suspension, active aerodynamics, and dihedral doors. The windshield of the vehicle is made of Gorilla Glass manufactured by Corning, which is also used for smartphone screens. Gorilla Glass is used to reduce the weight of the vehicle by allowing for a thinner windscreen with the same strength.

Beginning in December 2016, Ford plans to build the GT at a rate of one car per day in this new, low-volume assembly facility at Multimatic in Markham, Ontario until October 2020. 2017 and 2018 model year vehicles will be reserved for selected GT buyers, 2019 vehicles for buyers passed over in the initial selection process, and 2020 vehicles for new customers.

The Ford Motor Company (commonly referred to simply as "Ford") is an American multinational automaker headquartered in Dearborn, Michigan, a suburb of Detroit. It was founded by Henry Ford and incorporated on June 16, 1903. The company sells automobiles and commercial vehicles under the Ford brand and most luxury cars under the Lincoln brand. Ford also owns Brazilian SUV manufacturer, Troller, and Australian performance car manufacturer FPV. In the past, it has also produced tractors and automotive components. Ford owns an 8% stake in Aston Martin of the United Kingdom,[needs update] and a 49% stake in Jiangling of China[citation needed]. It also has a number of joint-ventures, one in China (Changan Ford), one in Taiwan (Ford Lio Ho), one in Thailand (AutoAlliance Thailand), one in Turkey (Ford Otosan), and one in Russia (Ford Sollers). It is listed on the New York Stock Exchange and is controlled by the Ford family, although they have minority ownership (but majority of the voting power).