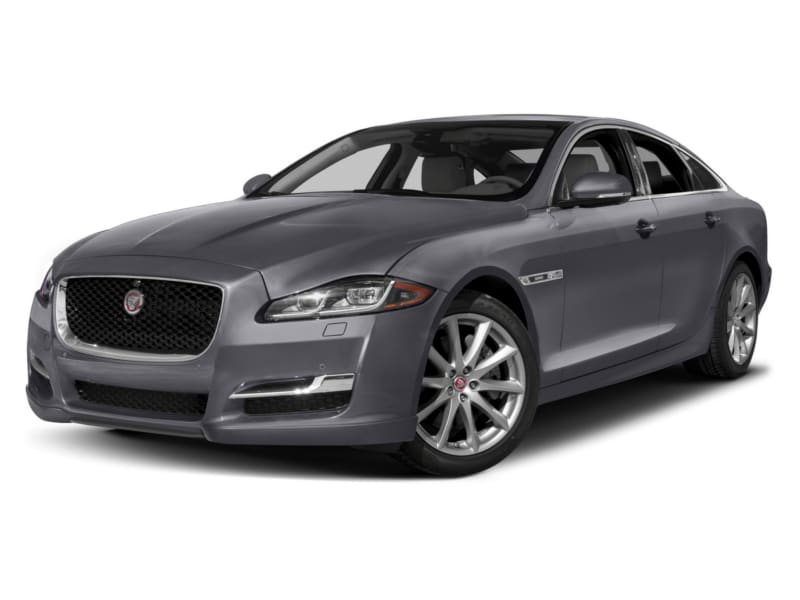 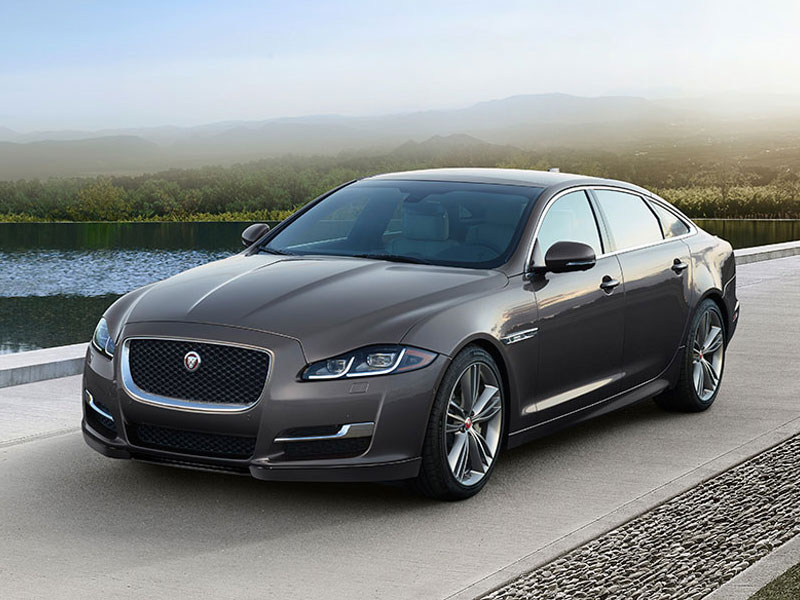 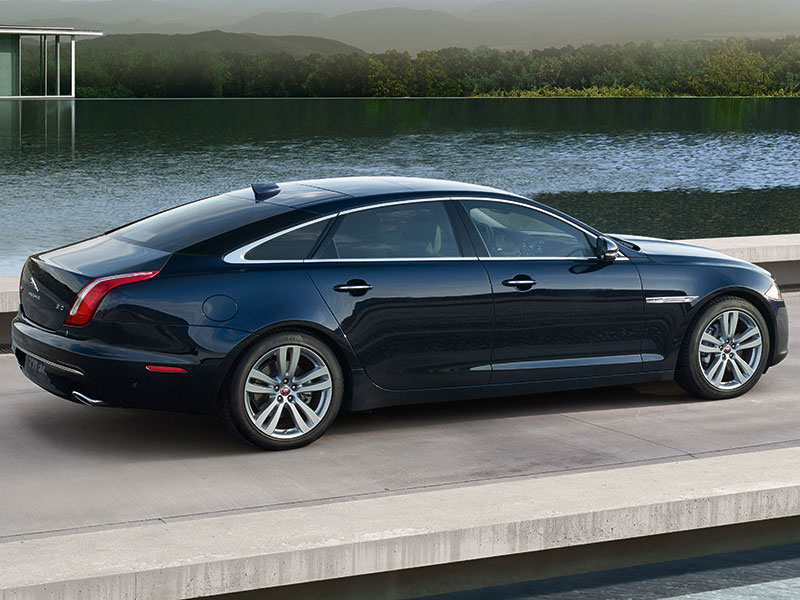 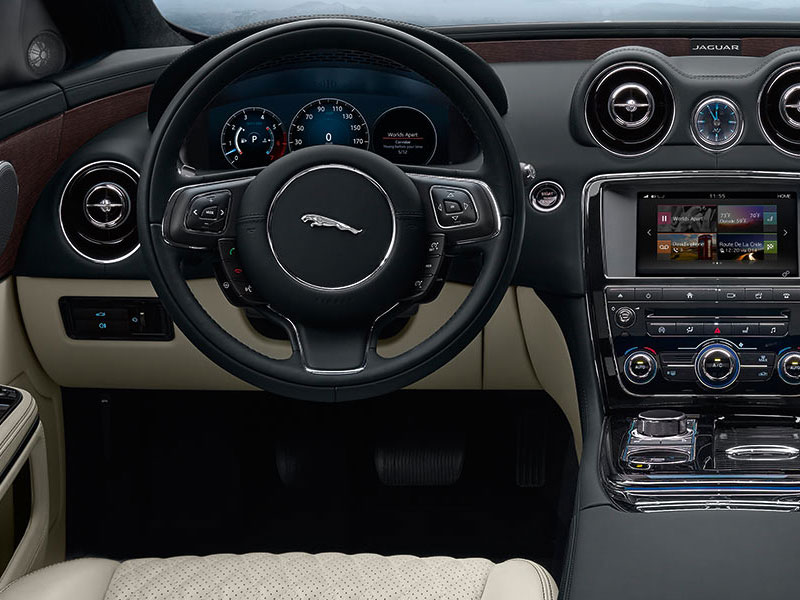 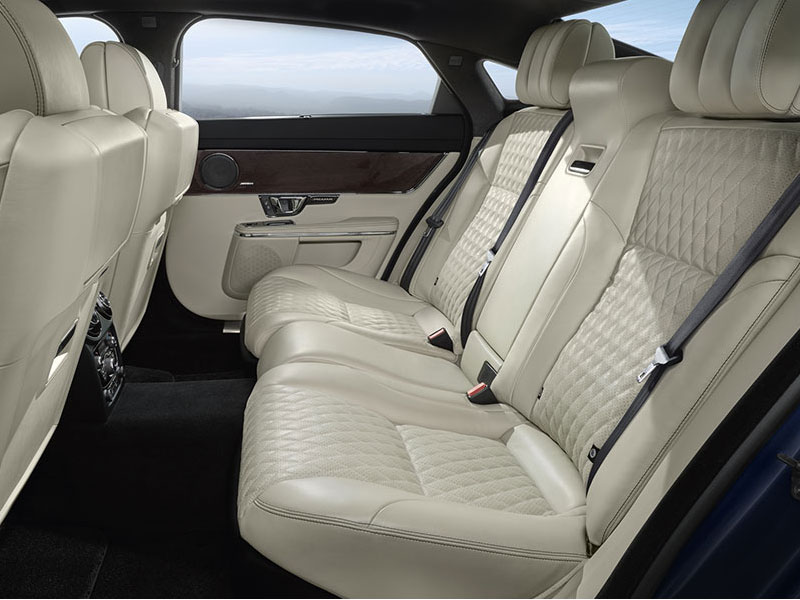 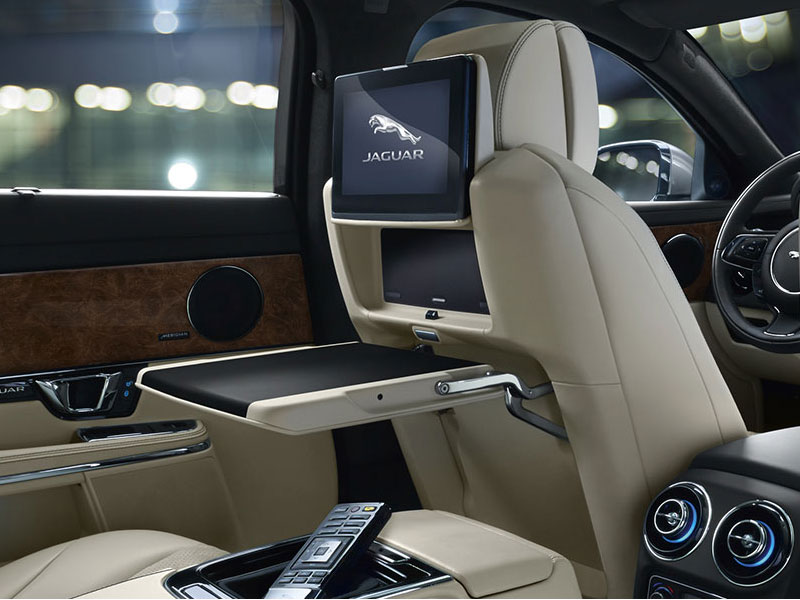 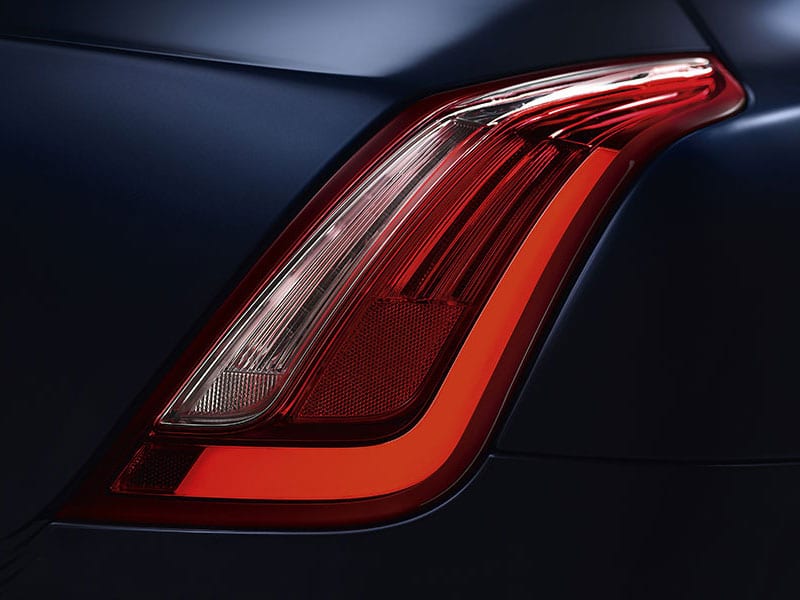 In July 2009, the newly styled XJ was unveiled at the Saatchi Gallery in London, with Jay Leno and Elle Macpherson unveiling the new car. The unveiling was broadcast live on the Jaguar website.

In keeping with Ian Callum’s new design direction for Jaguar, it is an all-new exterior design and a break from the XJ series mould carried over on all previous generations. It is a longer, wider car that looks much bigger than its predecessor. The front has clear links with the executive car XF, although with slimmer, sleeker lights and a larger, squarer grille and more aggressive appearance. The rear is the contentious part, like nothing Jaguar has shown before. The upright, swooping taillights, nicknamed “cat’s claws”, and black roof panels each side of the rear screen, which aim to hide the XJ’s width, are the most striking aspects. There is also a standard full-length sunroof, that extends all the way back with just a single body-coloured roof panel that the designer likens to bridges on yachts.

The new XJ features an innovative, all-LCD dashboard and console displays. The dashboard can be configured to display various virtual dials in addition to the obligatory speedometer. The console display presents different views to the driver and passenger, including control of a sophisticated video and audio system.

Like several of its predecessors, the X351 is available in both standard and long-wheelbase form, as well as many special editions. Engines are modern units already seen in other JLR products: the 5-litre petrol V8 either normally aspirated or supercharged, or a twin-turbo 3-litre diesel that is predicted to account for most of the sales. For 2013 a 3-litre supercharged V6 was introduced to the line-up, primarily as an alternative to the diesel unit for improved fuel economy.

The X351 received a minor facelift in 2014, primarily upgrading the suspension and rear seat facilities on the long wheelbase versions, but also introducing small cosmetic changes across the range, and making stop-start technology standard on all engines.