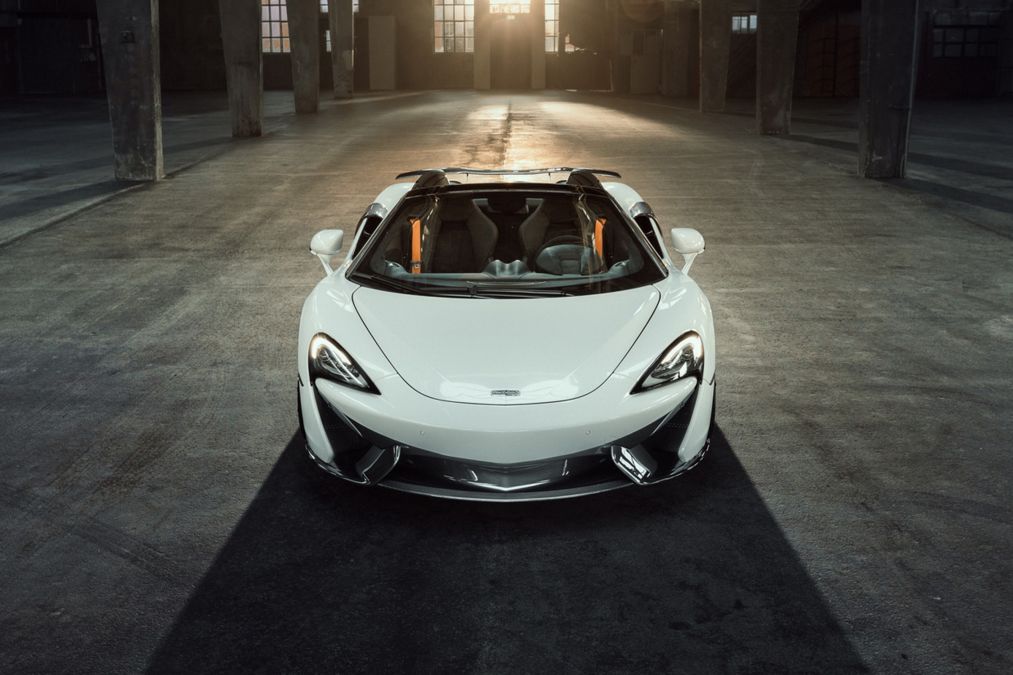 German tuning house Novitec has developed a bespoke upgrade package for the McLaren 570S Spider. The package constitutes numerous engine and chassis modifications, a carbonfibre-based exterior redesign as well as new lightweight wheels. Novitec is yet to disclose a price for the package.

Extra power and torque has been liberated from the 570S’s 3.8-litre twin-turbo V8 by writing new ignition, injection and boost pressure programmes for the ECU. The end result is 637bhp and 510lb ft of torque – gains of 75bhp and 67lb ft over the standard car respectively. Also, the performance boost can be activated and deactivated via the dash-mounted ‘Active Dynamic Panel’ giving the driver the option of toning things down when they want.

The engine software revisions, along with a new exhaust system, improve throttle response and widen the respective power and torque curves, according to Novitec. As a result, 0-62mph is down from 3.2sec to 3.0sec and the top speed is up by 4mph to 208mph.

Lightweight forged wheels, an inch bigger at each corner (20-inch up front and 21-inch at the rear), sit more snugly in the arches thanks to Novitec’s cut springs, which lower the ride height by 30mm and offer more direct handling, according to Novitec.

Outside, the bigger carbonfibre elements have been designed and honed in a wind tunnel to reduce drag and increase downforce. At high speed, Notivec claims the new chin spoiler reduces front-axle lift, while the rear-wing further aids stability. Smaller items woven from the lightweight material, including the sills, side blades and the rear panels either side of the rear valance, complete the exterior restyle.